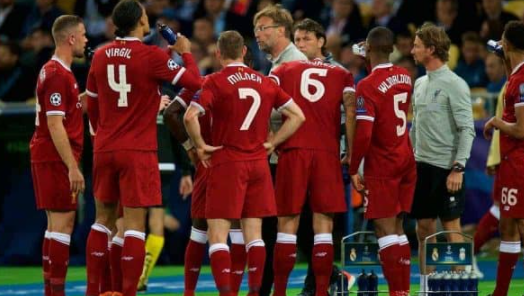 Guardiola : Hope Liverpool Lose, Josep Guardiola admits there is pressure on the Manchester City squad in the competition with Liverpool at the top of the Premier League 2021/22 standings. These two teams will be elbowing each other until the end of the season.

Currently the two teams are only one point apart. Man City with 73 points, Liverpool with 72 points. Interestingly, next week (10/4) Man City will serve Liverpool directly at the Etihad Stadium.

Guardiola knows very well how important the game is. So, he can only hope Liverpool lose.

The duel at the upcoming Etihad will determine the fate of both teams. If Man City lose, they must be willing to give up the top of the standings to Liverpool.

Guardiola certainly hopes Liverpool lose. Even so, he knows very well Jurgen Klopp and his squad are in good momentum.

“Hopefully Liverpool lose against us, but apart from that, I don’t think they will drop points,” Guardiola said in the Manchester Evening News.

“We have to feel this pressure and deal with it. We’ve done it before.”

Must win to be champion
Both teams have only eight games to play. These eight matches will determine who deserves to win the Premier League. Interestingly, in the midst of this competition, both teams also have to compete in the Champions League.

“We’ve won 14 games in a row, now we have to win eight games. Otherwise, we won’t be champions,” continued Guardiola.

“It is a dream to be able to play in the quarter-finals of the Champions League. After that [vs Atletico Madrid] we will prepare to face Liverpool,” he said.